It really was fantastic! An International Printing Exhibition DRUPA 2016 was an unforgettable experience, with its enormous size, futuristic atmosphere and innovativeness. And any person, making a pilgrimage to this Mecca of printing industry for the first time, seeing the latest printing technologies and unique printing equipment in reality, had a chance to feel like touching the future, which is actually was the motto of the exhibition – “Touch the future!”.

As for the most team members of PRINTSTORE GROUP it was the first DRUPA in their lives, and for some of us it was the very first time, when Europe welcomingly opened its doors, we all were looking forward to attending this event with awe and admiration.

Having arrived at the exhibition, or to be more precise, at the intergalactic spaceport DRUPA, we had a feeling of getting into an international printing mix, with a huge number of participants, exhibition halls and visitors from all over the printing world, among whom there were quite a large number of representatives from the rapidly emerging markets of India and China.

It was a breath-taking experience, exciting a long-standing imagination of an ordinary domestic printer to see the outlandish printing machines XEIKON, DOMINO, RICON, CANON, KONICA MINOLTA, KBA, HEIDELBERG, and what is more – in operation, and at one site! Fortunately, we were somehow prepared for that, because we used to hear about them at MacHOUSE seminars. Special thanks to Denis Levin (MacHOUSE), Vladislav Vlasov (UPG), Yuri Podlubnyi (AlfaGrafic) for sparing their precious time at the exhibition and attending to us, showing the innovative printing and post-printing equipment, as well as their capabilities.

We noticed some ready-made solutions helpful for us, that can be easily presented to our customers, in particular, concerning customization, printing, die-cutting and post-printing processes, offered by such manufacturers as DOMINO, XEIKON, HUNKELER, KURZ and others.

Certainly, two days for the exhibition was an extremely short period to touch technologies of the future to the maximum extent and visit all the pavilions, therefore we focused on the exhibition halls close to us, i.e. traditional rolling and sheet printers. Although, to tell the truth, we could hardly find anything traditional and close to our local technologies, as the gap in technologies is rather enormous.

Digital technologies take priority, and it seems to be not just inevitable, but a real fact that one needs to admit. There has come an era of industrial digital solutions, which themselves are evolving with an accelerating pace in such areas as functional electronic printing, multi-channel printing, 3D printing, augmented reality, and nano-printing technologies. In fact, modern printing has turned into a platform that unites design developers, marketing experts and brand owners, and represents the modern methods of promoting products and services. All of this evidences the huge potential of the industry in the future.

In the torrent of new information, that made our heads reel, we could not do without little adventures – some of Prinstore team member surprisingly discovered to be able to speak German, someone understood everything using the sign language (remember, we are printers!), someone lost his ticket, someone even got lost himself at the exhibition, but in the end we all got successfully found together!

And as a special treat, we finished watching the new products from LANDA!)), which among all the manufacturers of printing equipment, seems to have touched the future most, and even stepped over the border of future, introducing to the printing world its latest Nanographic Printing technology.

By the way, LANDA, unlike the previous time of Drupa, where its printing press and print samples were a closely guarded secret, this time publicly presented a wide range of the latest machines using nanographic printing method, and (oh, miracle!) freely distributed samples of printed impression, which, in fact, we keep from time to time studying under a magnifying glass, ending up with the understanding that we understand nothing!))

Later on, for a more detailed deepening into the process of nanographic printing, LANDA organized an enchanting theatrical performance “LANDA Theatre”, which, by the way, enjoyed remarkable popularity among visitors (during the trade show this performance was attended by 40,000 people!), hopefully not because of the dancing girls but mostly because of the healthy interest of the target audience to the new technologies.

So, what exactly did LANDA present to us? A theatrical performance rose the curtain displaying the secrets of nanographic printing, in the process of which ink is sprayed in the form of fine dust from the nozzles of the machine, and, when striking against the paper it flows out into thin spots, spreading and filling the entire space of the sheet, and then immediately being fixed with varnish. And all this happens at a very high speed. According to the creator of LANDA, in such a way nanographic printing allows to optimize everything, including ink, speed of printing, materials, and, consequently, derive much more benefits compared to traditional offset printing. However, they never disclosed any specific cost of impression print…

Meanwhile, on the official website of Landa there was announced the total number of purchase orders for nanographic presses of a total value of EUR 450 mln! By the grapevine, a few printers in Europe dared nonetheless to install the first machines of S10 family for testing. Well, those, who don’t take a risk, never gain an added-beyond-expectation value, which the traditional print has been recently chasing after. Anyway, we have nothing to do but observe how this experiment will turn out. After all, this will result in whether LANDA will be presented at the next Drupa, or move into the sphere of theatrical shows.

Interestingly, except for LANDA, who afforded an opportunity for the visitors to touch a new printing technology, the similar was also organized by XEIKON, who arranged a virtual 3D tour inside its latest flagship, which is an industrial digital mega-machine TRILLIUM ONE. You put on 3D glasses, and within seconds you find yourself inside the printing machine, where you can see in detail both the structure of the machine and the printing process itself. During this virtual tour you get an impression that you’re already a part of the print stream, and that the borders between nano- and space no longer exist, they are simply erased.

So far as I recall it, on our way back to the parking lot on the last day of the exhibition, we, furnished ourselves with infinitely many samples of presses’ impressions, could barely find room in the crowded bus, and there one printing specialist from the UK made a joke saying we should have taken yet another tube for samples, to whom we replied “DRUPA is never enough!”)) In turn, he said: “Well, sometimes it’s too much!”)))

Saying goodbye to the printing spaceport, with the words “Auf Wiedersehen, DRUPA!”, we got a move to no less fascinating excursion around the Heidelberg showrooms in Wiesloch-Walldorf, to the very heart of the plant, where we had a unique opportunity to get acquainted with high-tech developments of Heidelberg. We visited demo-centers Print Media Center and Packaging Center, where we saw the most advanced offset sheet-fed and web machines, providing an impressive opportunities of AnyColor system and the possibility of printing with an RGB color model! In addition, we had a tour to the logistics center of Heidelberg; there was one pensioner, who had worked at Heidelberg all his life, and even printed information materials for the very first DRUPA exhibition, who had the kindness to be our guide! By the way, during the tour we saw our colleagues from the printing house “From A to Z”. We made the acquaintance, they are great guys! Then we agreed to arrange for friendly visits after the end of the trip. Drupa unites!))

Elated by new ideas, inspired by Drupa and the latest printing technology, and generally, being in love with the printing industry, we continued our journey around Germany, now taking aim at old castles. We reserved a hotel via booking.com in the picturesque Bavarian village of Schwangau, better known as the village of swans or that of royal castles, in the neighborhood of Austria, close to the magnificent castle of Neuschwanstein, which was our next excursion goal. The owner of the hotel, later christened by us as Frau Merkel, apparently, had a gut feeling and realised our common feeling of being in love, christened all of us in turn as not the Pavlovsky’s but the Lovelovsky’s!)) Later on, having played the next quest on finding the golden keys to our apartments (almost all the owners of hostels on our way had no reception, and we had to complete the quests titled “Find A Key by Yourself!”), we were surprised to find out that even the rooms’ names very well matched our current status – “Romantik”, “Nostalgie” and “Art modern”. Frau Merkel herself stayed, apparently, in a room called the “Wolf” …

Well, what can I say? The interior of the hotel rooms created a real atmosphere of the Middle Ages, and the glasses in blood tulip shades brought out the presence of Count Dracula, even though we were quite far from Transylvania. And the rose petals that Tatiana found in the bathroom finally convinced us in the inevitable sacredness of what was happening …))

Early in the morning, saying goodbye to Frau Merkel, whom we were lucky enough to see, and having cleaned up the kitchen lest we run into extra EUR15)), we kept going to our cherished goal – the fairy-tale castle Neuschwanstein, the pearl of the Bavarian Alps, which met us with tropical downfall pouring us over from tip to toe throughout the day, although it was only a fun for us. In this wonderful place one could not help feeling to be a medieval knight, or sometimes a friend of King Ludwig II, as in fact, he was very fond of reading books, as well as a supporter of modern at that time technologies of the first electric lamps and telephone connection! In other words, one of our kind!

No less spectacular in its beauty was also Hohenschwangau Castle, built by Ludwig II’s father, King Maximilian II, which stands on a wooded hill, in front of Neuschwanstein. We were impressed with the interior of the castle, a unique picturesque fresco paintings displaying the life of medieval knights, as well as their exploits. The castle contains a collection of unique gifts from the Bavarian families to the King, each of which represents a masterpiece of art. During the excursion we had a feeling as if we were about to be received in audience by the King, awaiting in the reception room. The decoration of the King’s bedroom excited general admiration from the side of the stronger sex representatives, as on its walls were displayed a dozen of half-naked young mermaids, and it was so realistic that we could hardly believe our eyes. Obviously, Maximilian II, was a subtle connoisseur of any beauty!)) In addition to this, at the end of the room was a secret door leading into the Queen’s bedroom itself, which, regretfully, we were not allowed to see …

Finally, a couple of words about the German highways… By the way, it is in the literal and figurative senses, because where else but on these motorways one can receive an automatic ban, although our a speed was 140 km/h; where even the German frau of about eighty years old, who flew passing us in her Messerschmidt, having signaled to us violently before that, meaning, why we drove so slowly?!))

Apparently, for the rational Germans time is really money, therefore the speed of 260 km/h is quite a usual thing for them!

P.S. When entering Kyiv, our car’s speed counter showed as many as 5,000 km! And it was we who travelled this distance! This was our first, but we are confident, not the last team record in both the distance covered in Europe and the endless terabytes of information received, legendary photos and videos, capturing a piece of our shared history. 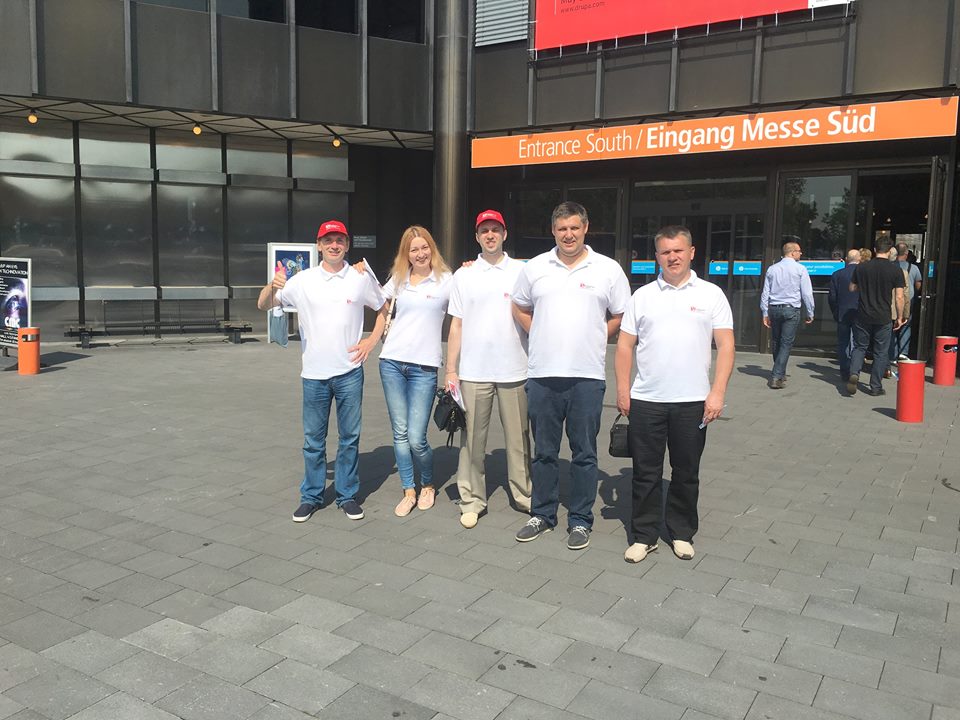 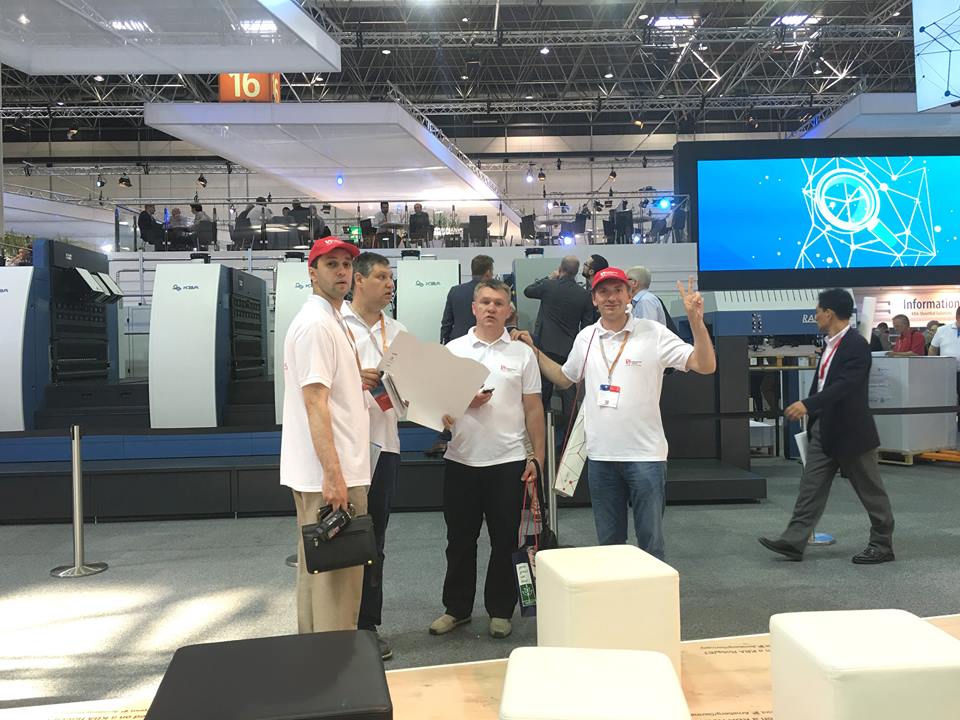 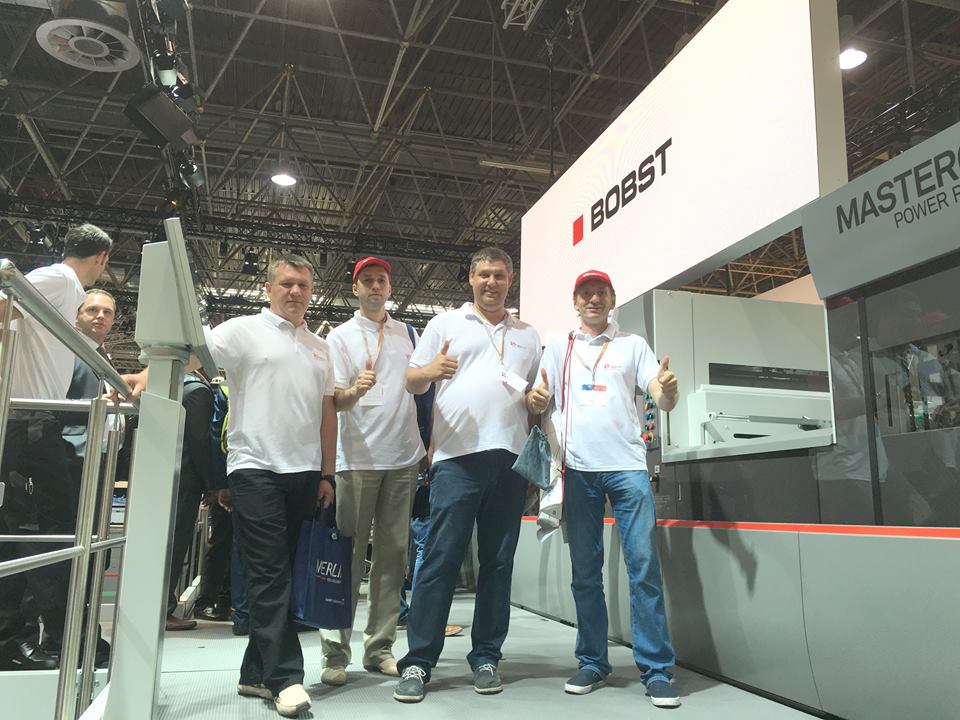 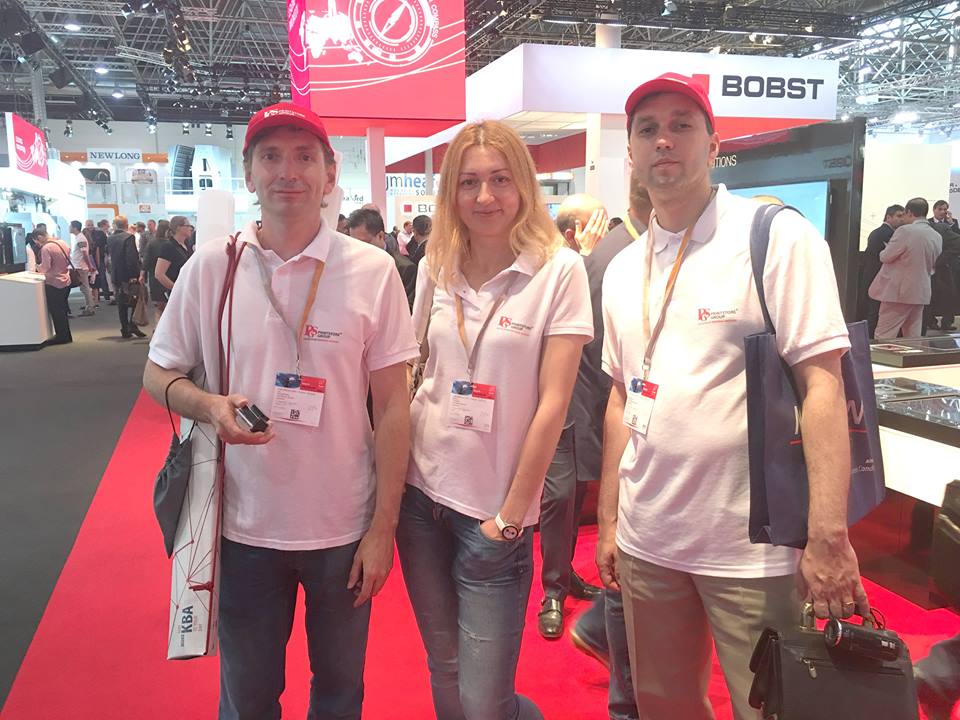 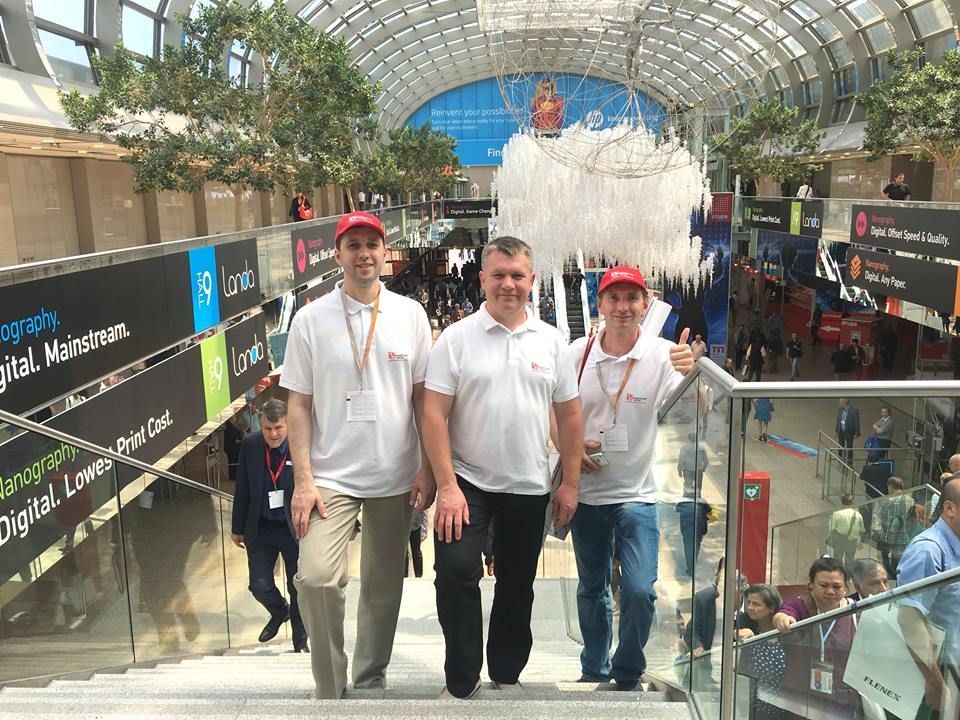 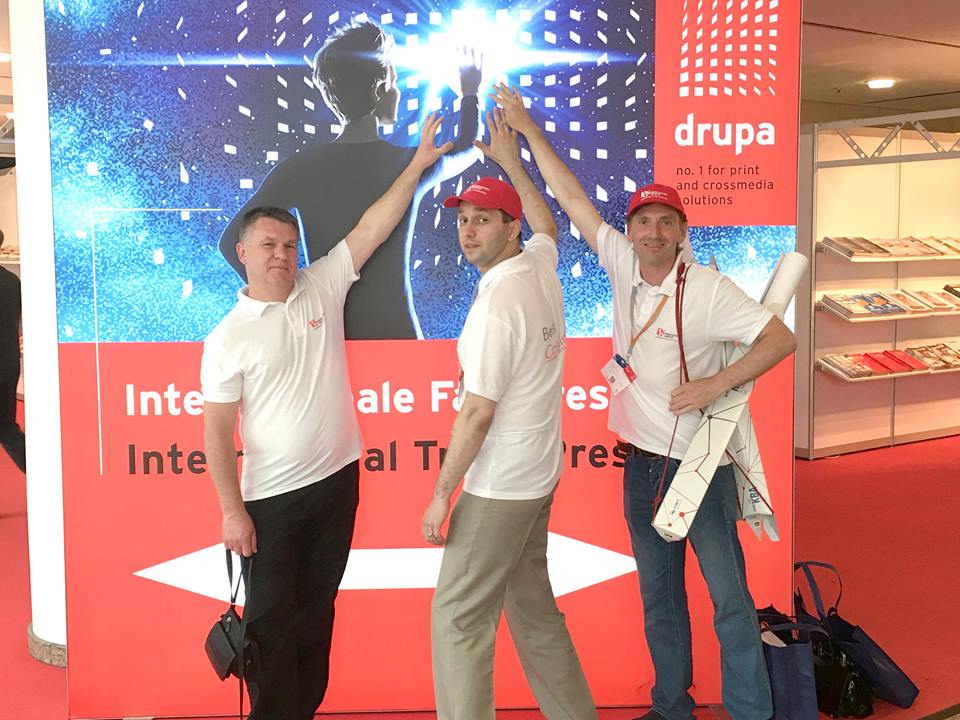 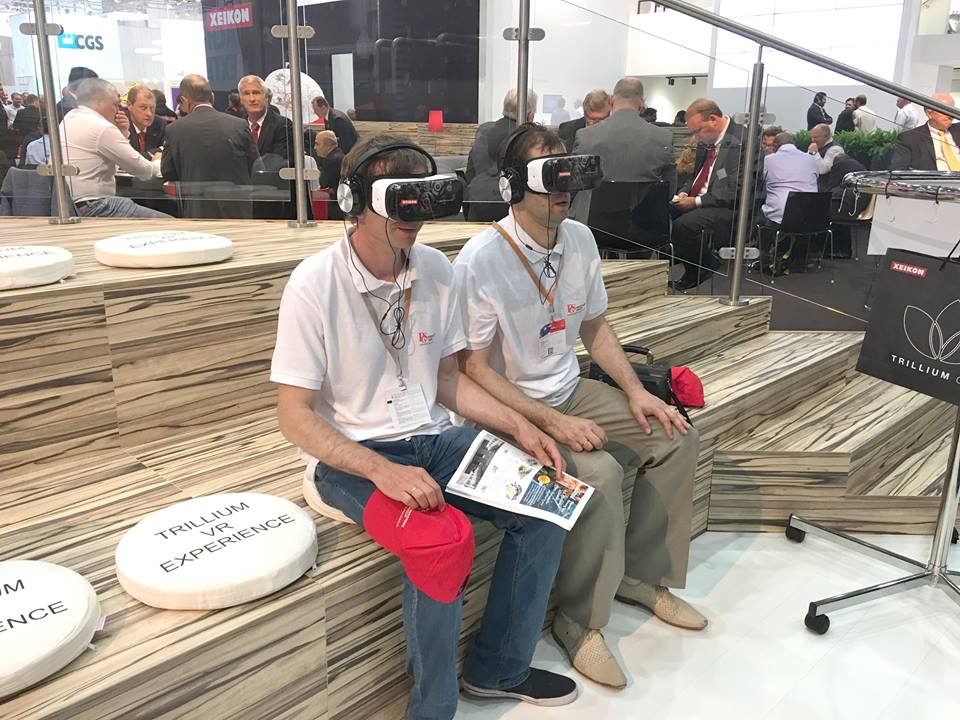 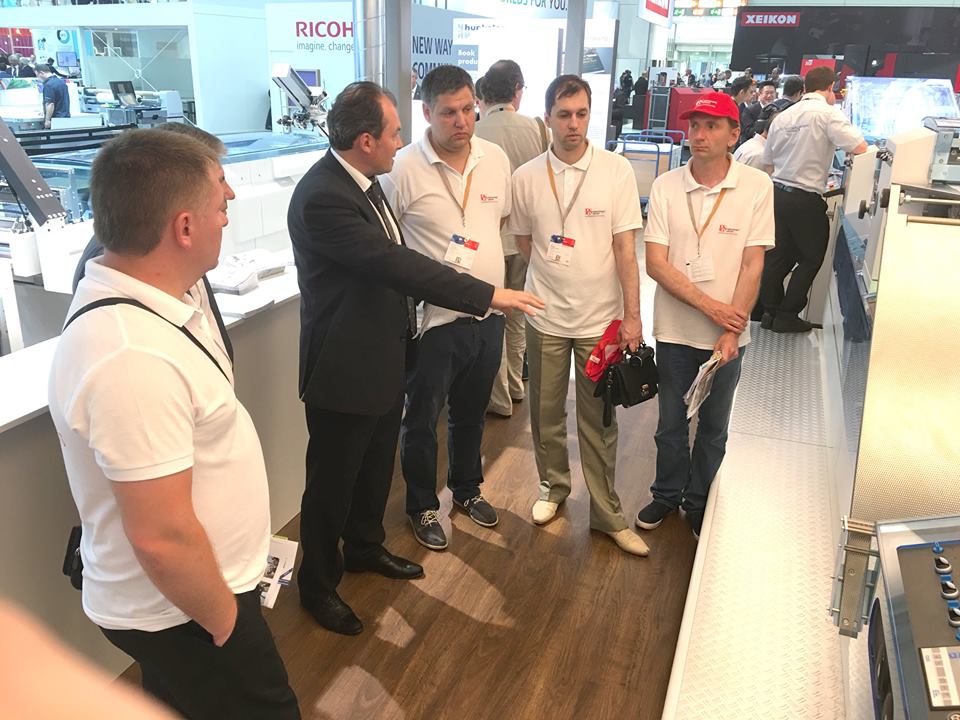 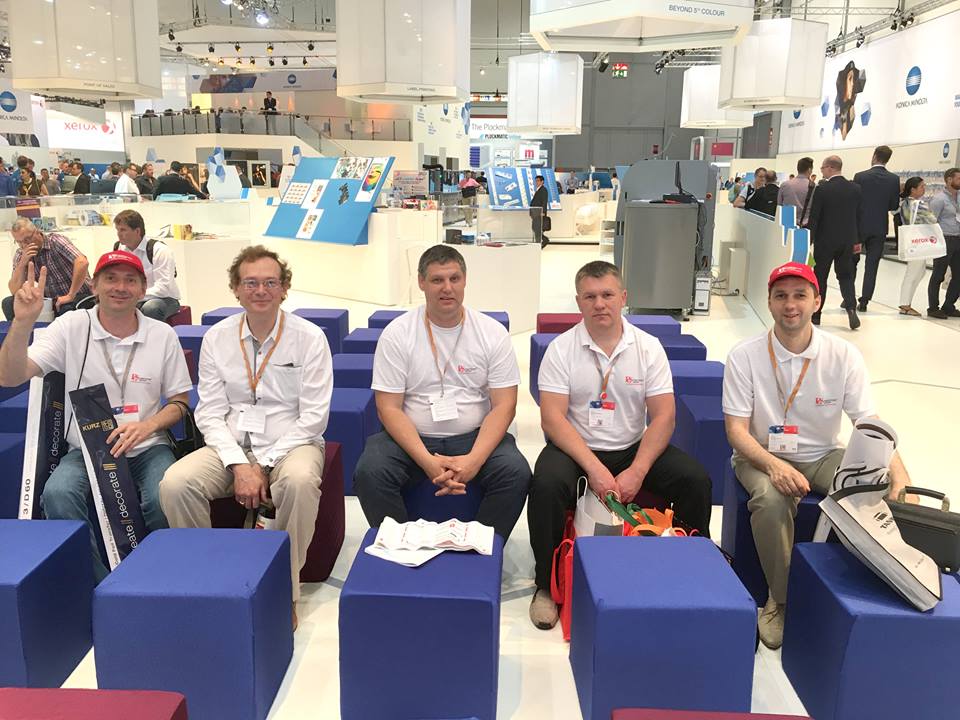 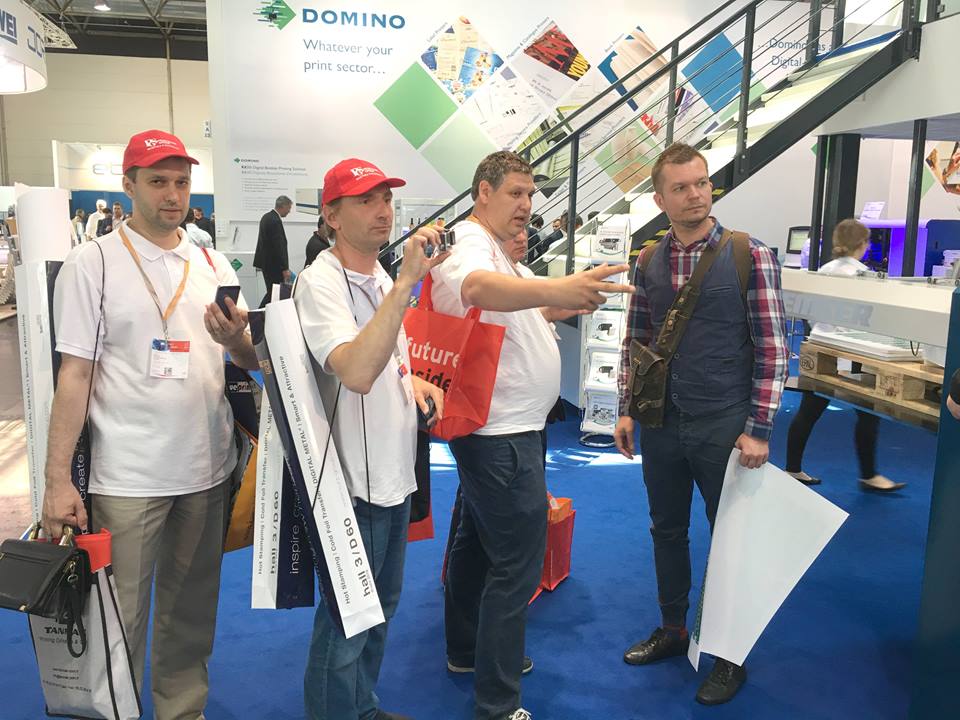 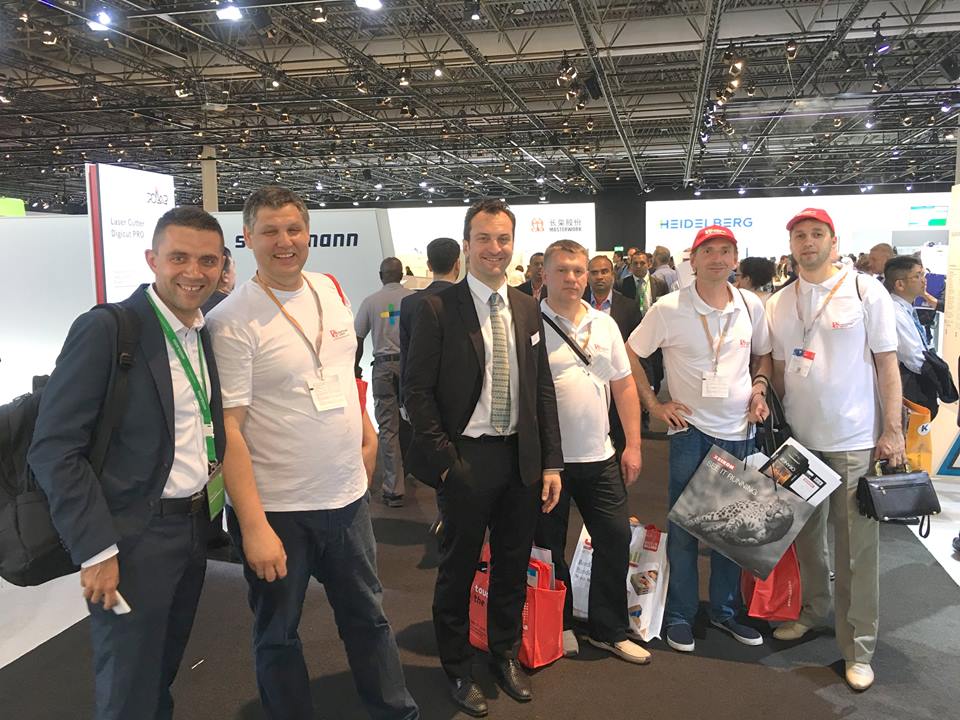 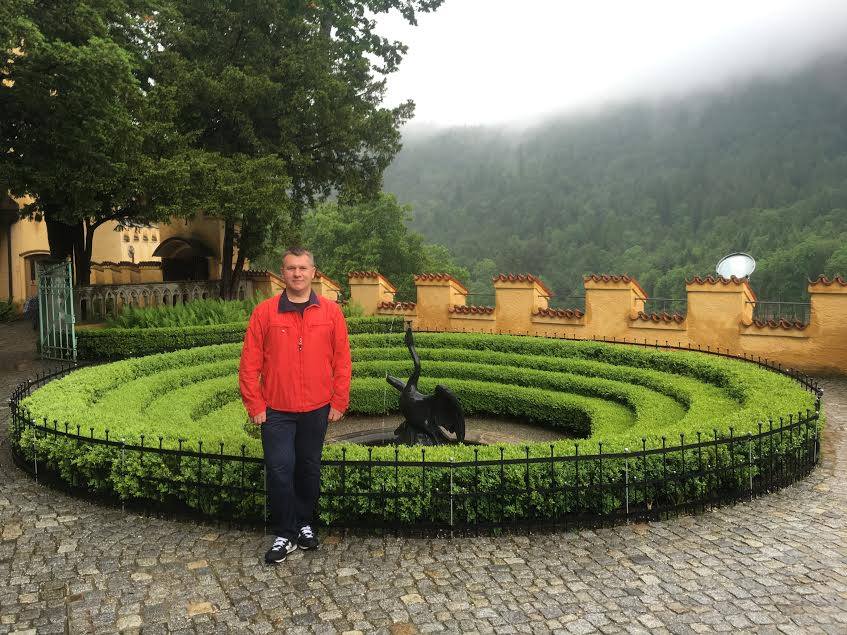 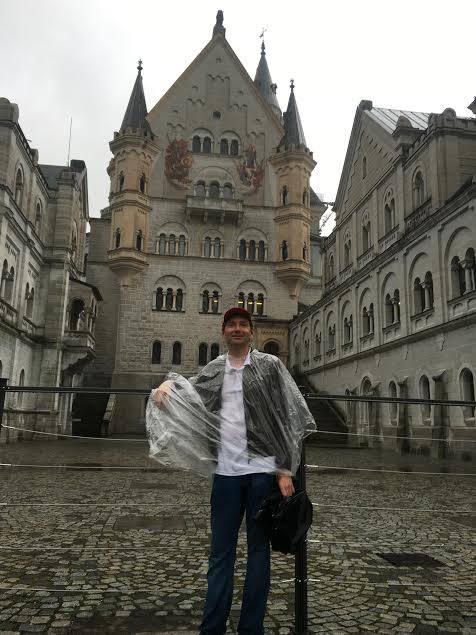 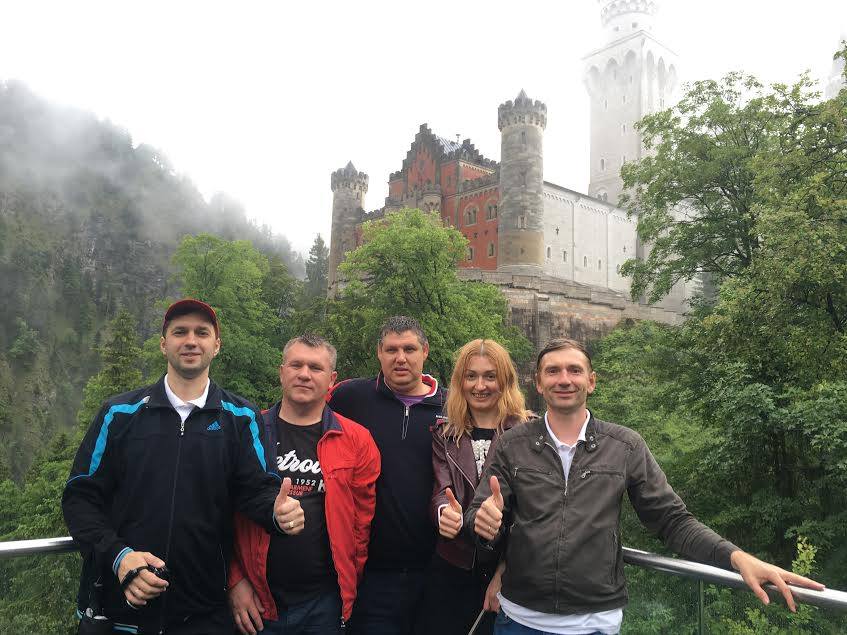 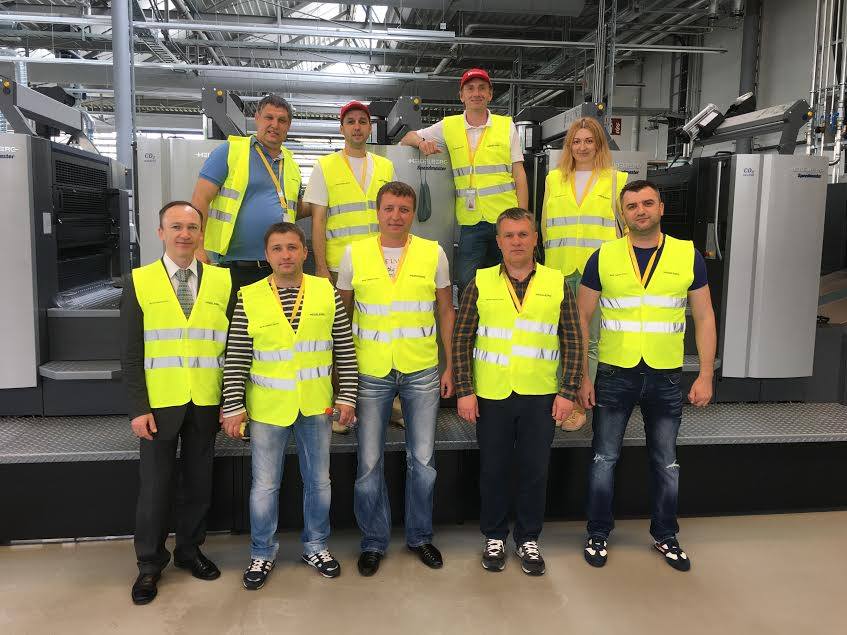 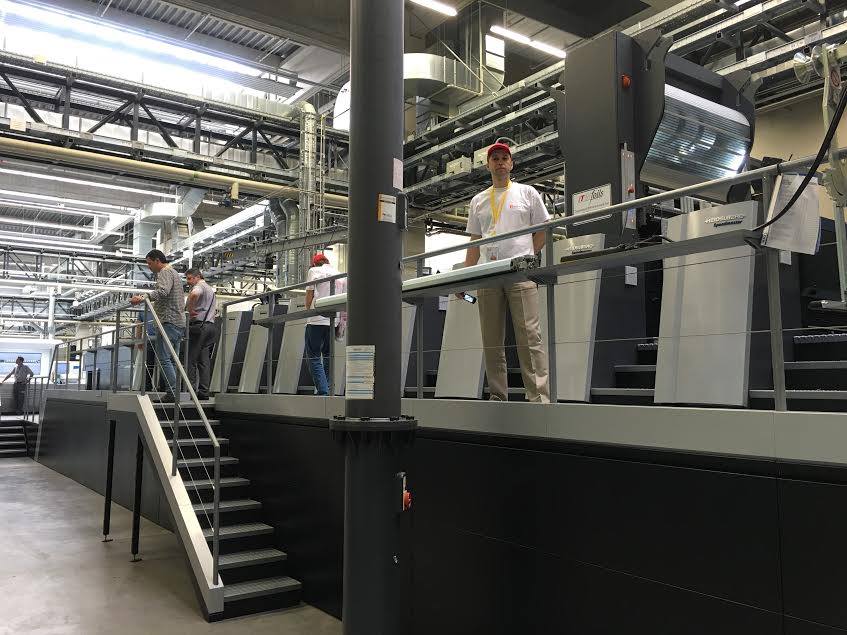 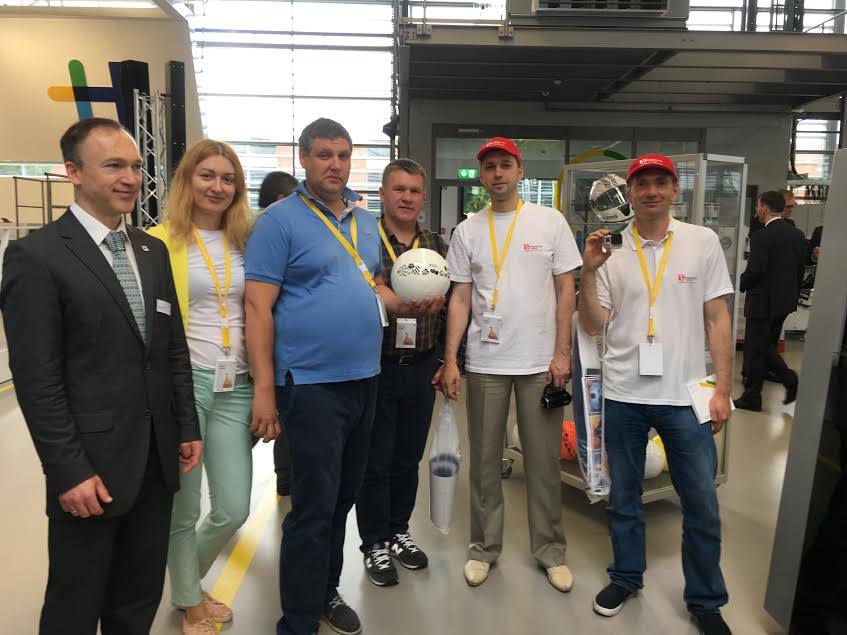 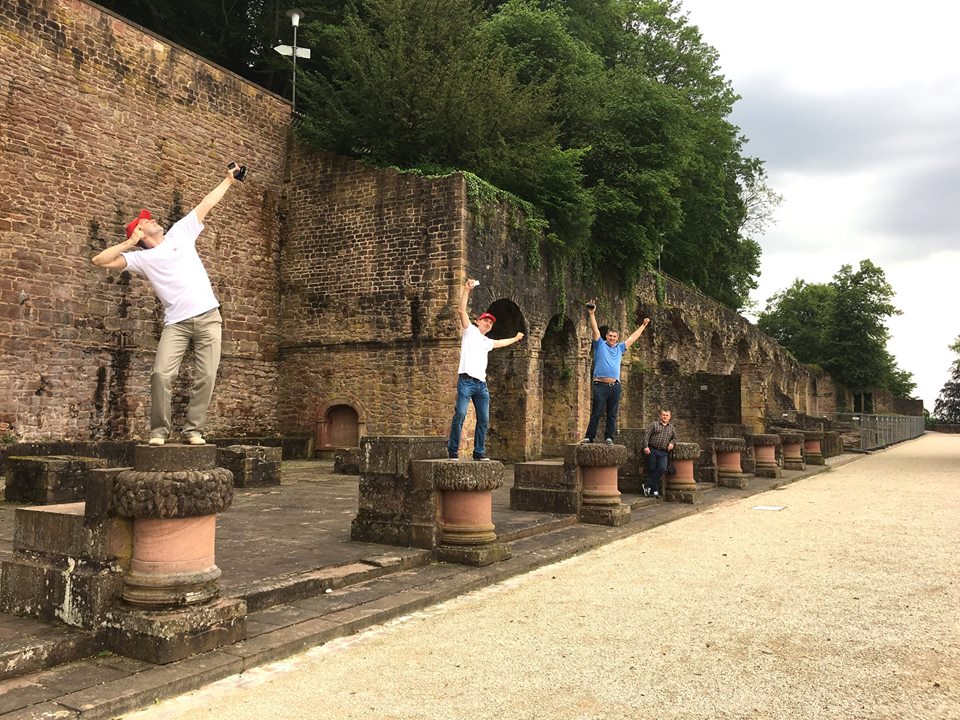 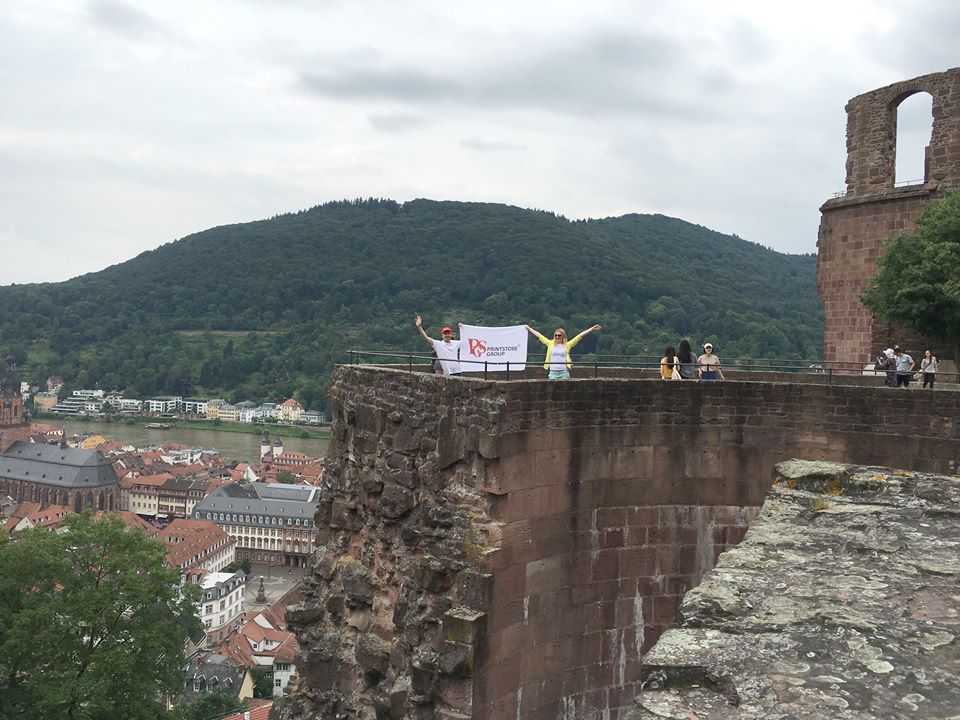 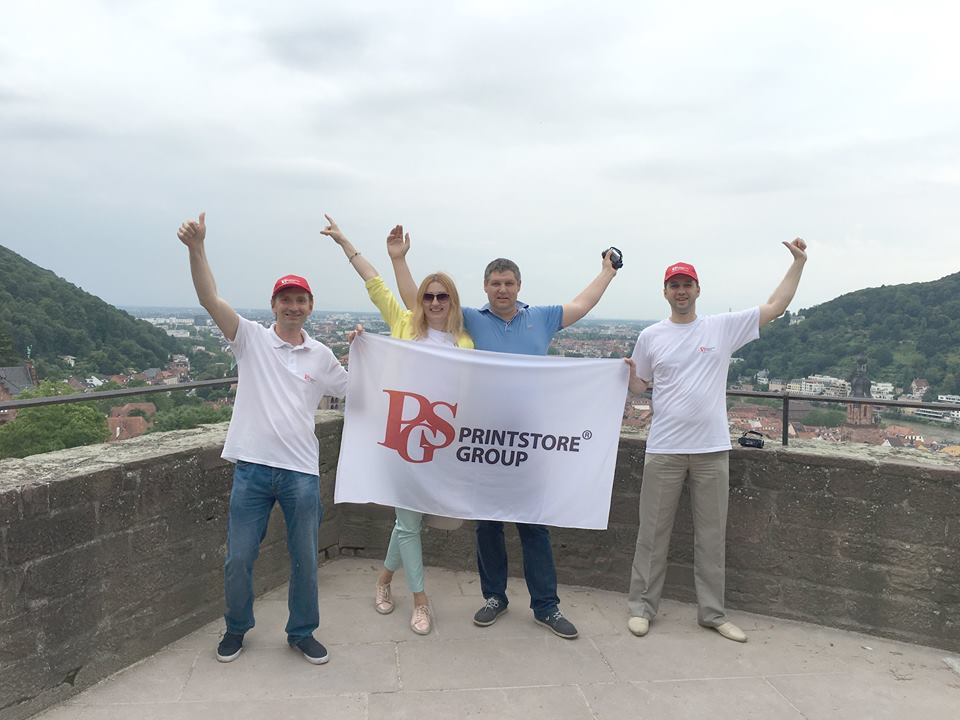 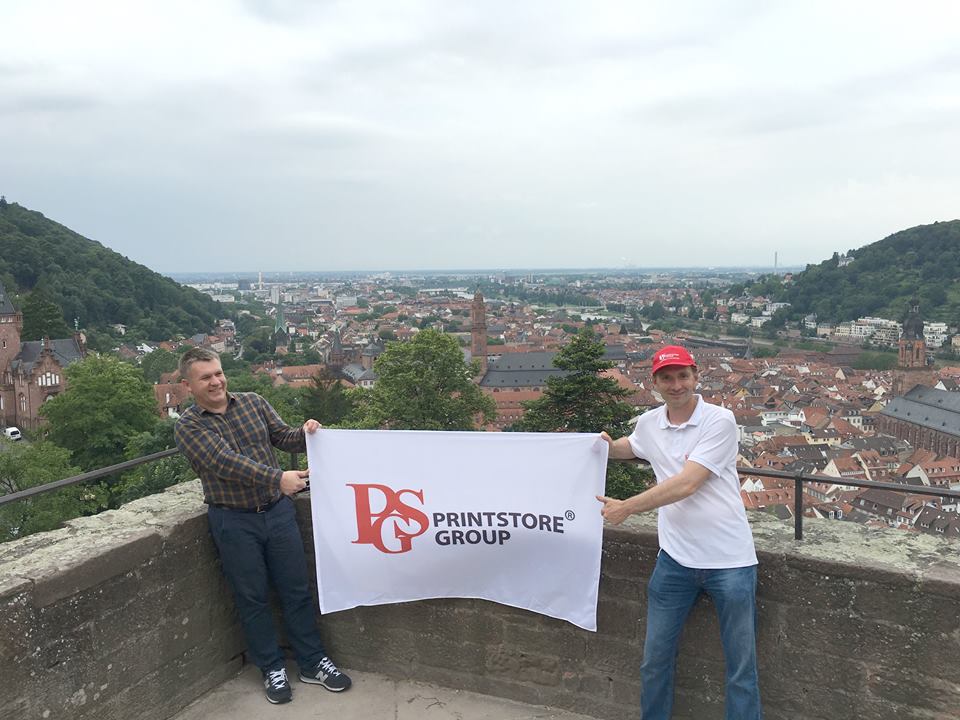