It’s in the nature of wide format graphics to grab attention, often relying on little more than their sheer size and positioning together with a very graphic design. But sometimes these displays need a helping hand to really push their message across, some way to enhance the design, either to make people look at the display as a whole or to underline a specific aspect, such as a product name or just that a relevant store is right around the corner.

There are various tricks print service providers can use to achieve this, providing they have the right kit to start with. But remember, these effects will add value to the print, and therefore will come at a premium so it’s useful to know what your options are.

All is not equal

Some wide format printers are better able to create special effects than others. As a very rough rule, UV printers are probably the best starting point, if only because UV-curable ink will stick to a very wide range of substrates, including things that aren’t normally used for printing, such as wood or concrete paving slabs, often without requiring any kind of coating or pre-treatment.

Some UV printers can be used to produce textured effects by printing multiple ink drops on top of drops that have already cured so that each successive drop builds up the height of the ink film. This can even be used to produce Braille characters. This effect can only be created with UV ink, because it cures immediately. Otherwise, the ink drops would simply merge into each other. A variation on this is to use a varnish, which is usually just a clear ink. The varnish can be applied to specific areas of a print to add emphasis and multiple layers of varnish can be used to create a textured effect. UV inks have a reputation for producing flat, matte prints that can sometimes look a bit dull in comparison with some solvent prints. However, many modern UV printers can now produce different finishes including satin and gloss. In many cases you can specify the finish you want, as it’s a simple matter of adjusting the curing to achieve either a matte or gloss effect.

The standard CMYK inkset should be capable of reproducing most colours, but some printer engines also offer additional colours. Light cyan and light magenta are mainly use to improve skin tones but some printers also offer other colours that can extend the colour gamut and add more impact. Inca Digital, for example, lists orange as an option for its Onset series of printers, while Durst makes both orange and violet available for several of its devices, including the P10 and P10 Plus, as well as the Rho 1330, and 1312. 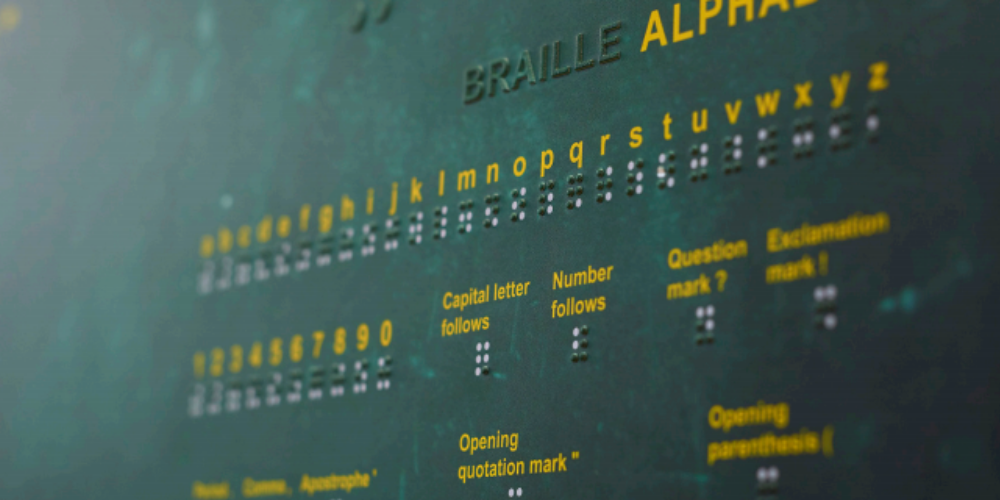 In addition, many print engines now have white ink either as standard or an optional extra. White can be used to print highlights on top of the other colours. White can also be printed to darker coloured substrates. White is also an essential ingredient for creating backlits and multi-layer graphics. It can be used as a base layer in a backlit graphic, helping to diffuse the light with the graphic printed as a separate layer on top. Most printers will also allow for three layers or more to be printed simultaneously, which can be used to create double-sided window graphics. In this case the white layer is sandwiched between two separate graphics. However, some white inks are more opaque than others and you’ll need a white with really good opacity to be able to reverse two completely separate graphics together. Ideally, the printer will have two channels set aside for white ink so that you can print large areas without slowing down the printer too much.

It’s also worth noting that some solvent printers do offer metallic inks, notably Mimaki with its JV300 series. Typically this means printing a silver reflective ink and then combining this with other colours to produce a range of different metallic effects that do really stand out and are a costeffective alternative to using a secondary foiling process. Metallic is difficult with UV-curable printers because it requires large particles that can clog up the nozzles. That said, Mimaki has just introduced a metallic ink for its UJF-7151plus industrial printer. This can combine the metallic printing with textured and embossing effects but has a relatively small flatbed.

Another factor to consider is the substrate itself. Some substrates, for example, will give the prints a highly textured effect. Equally, metallic substrates such as aluminium composites can produce quite a striking effect. There’s even a mirrored version of Dibond, which has a highly reflective finish similar to a glass mirror but is considerably lighter. Some very thin films can pick up the texture of the mounting surface such as a brick wall, useful if you wanted to achieve the effect of graffiti sprayed on a wall. Many sign makers used to routinely laminate wide format graphics to protect them but this practice is not so common now as there’s little need to protect prints made with a UV printer to a durable substrate. Nonetheless, there’s a wide range of laminate films that can be used to add effects, ranging simply from changing the appearance of the print to gloss or matte, or to add texture to a display.

Finishing also has an important role to play in creating special effects. In some cases this can be as simple as cutting out a particular shape, say a guitar to advertise a shop selling musical instruments. But you can also create complex 3D shapes by cutting multiple boards, either folding or attaching them to create a finished object. This is commonly used to create point of sale displays, such as a cardboard delivery truck printed with the livery of a brewery to hold boxes of beer cans.

Finally, you might also consider 3D printing for a display graphic with a completely different type of special effect. This could be something as simple as adding a 3D-printed object to a wide format printed graphic, such as a solid arrow pointing at the key element in the graphic, or even a small model of whatever is being advertised on a point of sale sign. Or you could 3D-print a complete object. The Israeli company Massivit has developed a 3D printer aimed specifically at producing special effects for large format display graphics. Massivit has developed its own printing material, dimengel, a photopolymer acrylic-based material that solidifies with exposure to UV. It’s extruded as a gel at room temperature and produces objects that are reasonably strong while also being quite lightweight. The Massivit printers can create life size models up to 1.8m high and have been used to make props for film, TV and even opera productions, as well as for retail point of sale marketing. 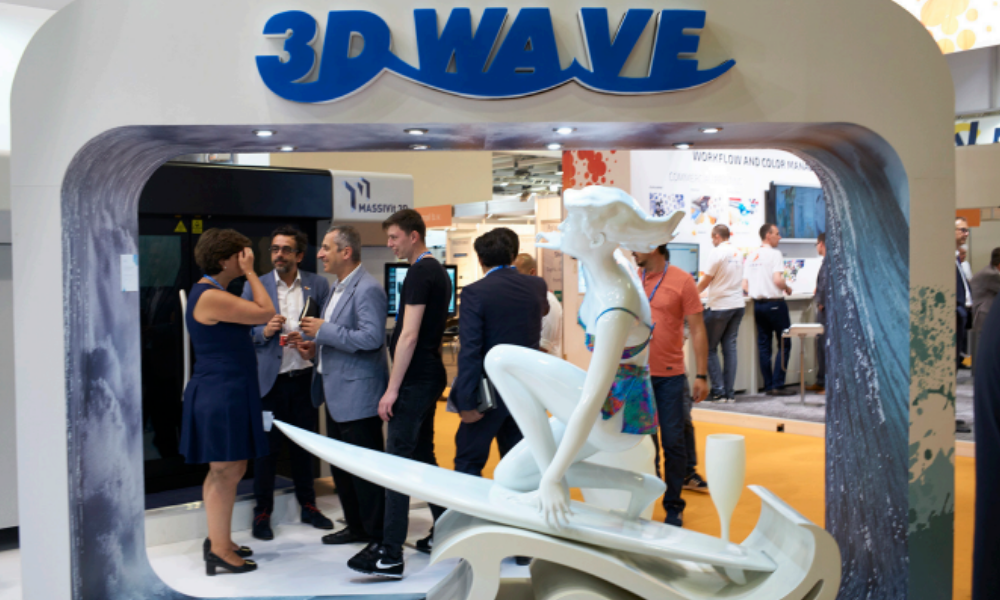 Caption: This life size model was made with a Massivit 3D printer. Photo Credit: Nessan Cleary

In conclusion, it’s worth pointing out that the technology itself will only get you so far. The most important element by far is the initial concept, the spark of creativity that comes up with the effect in the first place. That, and paying attention to the details and the finish to really carry off the intended effect. This in turn means that you will need to be on top of briefing the print service provider, and diligent in checking proofs, or the special effects could turn out to be more of a shock than a delight!